Gambling addiction is no less than any horrific scene in anyone’s life. The entertaining casinos are never compared with a hell’s den, where the startling movie Steve Niles’ Remains or Remains shows the best possible variation.

A post-apocalyptic horror movie filled with action and intensely gripping scenes; the entire script is a nail-biter set in a casino. Explore ahead how this movie is unique to get highlighted among the best horror casino films. 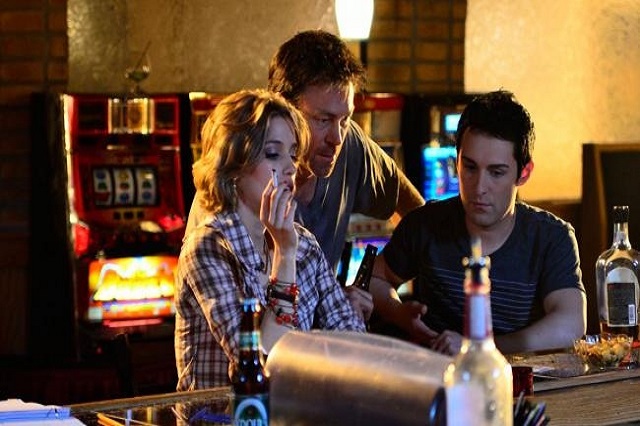 An interesting mix of genres

Remains is a movie belonging to a single genre. The background and the setting depict a fictional setup where the rescue building Silver Star Casino is itself a non-existing entity. The fictional zombies and their attack blends with gripping action and chasing scenes as the survivors try to escape them hard.

The movie concludes with a touching emotional scene when the lead female actress gives up her life to save the escaping hero and a bereaved victim. The mix of changing frames keeps the viewers excited with the fictional graphics and the audio-visuals matching them perfectly.

What is the prominent plot?

The story begins with a general casino atmosphere with games and entertainment as every day. However, that particular date happens to be Peace Day when the nuclear weapons in the entire world blast off, turning every man on the earth into a dreadful zombie. The survivors of this disaster, who are some escaped guests and staff of the fictional casino, somehow lock the affected guests and manage to get out of the danger.

They spend time waiting for rescue when the armed forces turn up for help. While the remaining survivors try to escape to the roads during the night, they only end up getting chased by the zombies and finally rescued by the armed forces. The group returns to the casino and figures out a plan to escape into a safe place. The medic in the rescue team teams up with the lead actors to help them escape the hotel and move to Carson City with her.

The rest of the team and the hotel’s guests slowly succumb to the zombies’ attack, and no one survives. Ultimately by the end, the remaining characters discuss their past, and Tori also gets attacked, turning into a zombie. Still, she tries to bold and helps defend the remaining two survivors to run away.

How do the casino and gambling fit in the movie?

There are no cons and sly games in this movie of run and survive the race. Thus, the casino’s scenes are sparsely spread around the first part of the movie until the zombies attack the hotel. The lead actor Tom is a casino dealer, and the lead actress Tori is a bar waitress who manage the hotel depicted in the entire movie.

The majority of the timeline is set inside a casino, and the opening scenes show the gambling atmosphere. The hotel survivors are also seen playing casino games when they are get locked in the building, waiting for the rescue team to arrive.